I am amazed that this show is still up and running... Anyways, here are some fun facts about the show according to Lyndsey Parker of Reality Rocks and click on the link below... 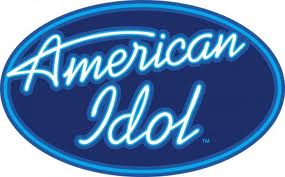 "Fun With Facts: Things You Didn't Know About 'American Idol' But Were Too Glued To Your TV Set To Ask"

A juicy new book titled American Idol: The Untold Story, by my esteemed fellow "Idol" reporter Richard Rushfield, is out this week--conveniently, and probably not coincidentally, just in time for "AI" Season 10's big premiere. Gobs of drama surround this year's crucial sink-or-swim season, but even a cursory, Cliff Notes-style skimming of Rushfield's tell-all tome proves that drama is nothing new when it comes to this crazy show. Truth really is stranger than fiction, sometimes.

Would you still watch this show given the fact that the original shebang is gone? What do you think? Pitch in some of your comments!